Update the template to require the use of 'weighted voting'

I’d like to propose that we update the template for proposals to require all future proposals to use the voting system ‘weighted voting’ (even for simple yes/no proposals). Weighted voting is what is currently used in the AavegotchiDAO Foundation election CoreProp.

Before I put this up on snapshot, I’d like to get the DAOs opinion on this.

Not changing the template. 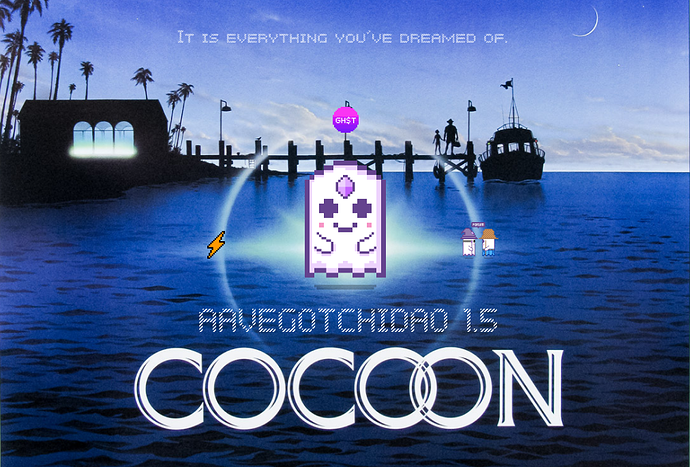 Everything you need to participate in AavegotchiDAO today. 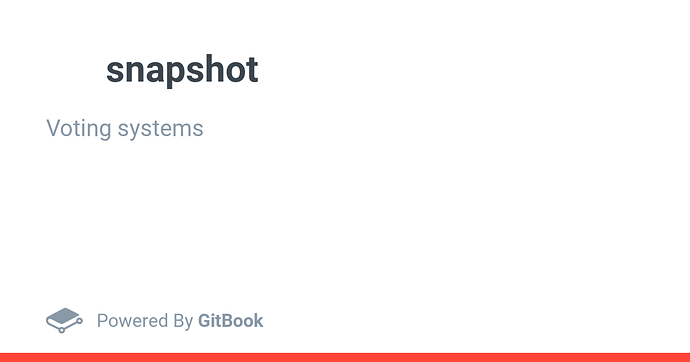 Learn more about the different ways you can vote on Snapshot

I think this is really important to have. I support updating the template to require the use of the weighted voting option in Snapshot.

I totallly agree too. The potential downside you listed seems to be “potentials” downside only. But the benefits DAO and members could get out of this are huge…

Id like to see both ranked and weighted supported. Both are better, for different situations. Ranked is ideal for option a, b, no, abstain type votes.

We should also update quorum rules as it onlt takes 2 people to reach quorum, and the rules are for singke choice.

Maybe it coukd be that for elections, its 30%, andvfor anything affecting tokenomics, 50% , with a run off if the top choices were within a range that is less than the total of the other choices

Id like to see both ranked and weighted supported. Both are better, for different situations.

I thought so too, but there are multiple issues with that.

Sure, weighted voting is better, but do we really need a vote on this? It’s not like someone couldn’t post a sigprop without using weighted voting. The template has never been fully enforced.

Sure, weighted voting is better, but do we really need a vote on this?

I heard from several people that they have been advocating for this for a long time, yet nothing changed. So I think we do need a vote, even if it’s just to spread awareness. Also with the tension lately, I thing it’s good for the health of the community to force proposal creators to give GotchiVault the opportunity to mirror their vote.

The template has never been fully enforced.

Actually, dan recently deleted a proposal for violating the template. Nothing wrong with enforcing the rules.

That said, I totally get your sentiment. Personally, I don’t think this needs a CoreProp, but that is not for me to decide.

Actually, dan recently deleted a proposal for violating the template. Nothing wrong with enforcing the rules.

Idk which one that is, but Yanik’s proposal definitely didn’t follow a traditional template and wasn’t deleted. I bet there were other reasons why any recent proposals were deleted.

so far the rule that is getting 100% enforcement, is “put a gotchi ID in”

We are, as of today, enforcing the CoC on discord, so… hopefully this means we now have actual standards and we enforce them, moving forward.

This thread, is an attempt to properly define those standards so they fit our situation.

The voting rules were defined in relation to single choice voting, but do not preclude the other types of voting. Single choice voting is actually toxic for our community due to centralization issues and the minimalist effort put into voting accuracy, by 3rd party smart contracts.

Weighted gives the smart contracts an option to deliver more accurate counts, so we should switch to that as a default. Getting the vote passed through automatically, so 3rd party custodial services do not need to hold their open votes, is where a bounty should be applied. It is ideal, but unknown if it is possible, so simply putting it out there as a bounty for some gigabrain to solve, is a perfect fit.

What we could do is add a frenly suggestion to the template that sigprop creators use weighted voting, to allow for maximum flexibility by delegates like the Vault.

We can add that today without any fuss.

What we could do is add a frenly suggestion to the template that sigprop creators use weighted voting, to allow for maximum flexibility by delegates like the Vault.

Well, the proposal is about making it a requirement instead of merely a frenly suggestion. If we make it a frenly suggestion, there are still going to be proposals that are going to use a different voting system. That would bring us right back to square one on the never ending discussion about GotchiVault and their voting. Why continue to put everyone through this, if we could just require weighted voting on each proposal going forward (and enforce it like we do with the GotchiID)?