It’s very hard to come up with detailed gameplay-related ideas when you don’t know exactly how the gameplay will behave and all you have is speculation.
Suggest quality of life features here: 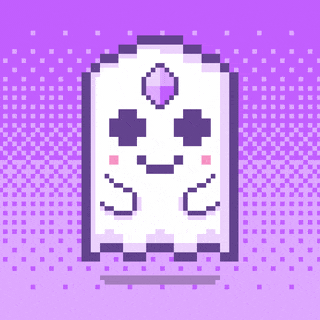 While in the latest Play Drop (5/14/2022) I noticed a random but nice feature to the movement of my Gotchi. This wasn’t a bug, but when the server was lagging due to the load, the character would “drift” into a turn. This was probably cause by the “cool off” slow down mechanism getting out of the stack order with the latest player commands. The effect was “drift” instead of the usual sharp 90 degree able movement. As I kept doing the one screen squares patterns and catching the motion occas…

How many of you here have played Clash of Clans? I personally did not.

If let’s say the servers will support hack n slash gameplay like Hades or an AI will have to control our troops automatically and if gotchis will control troops against liquidators or it’ll always be 1 gotchi defending 1 wall against 10 lickquidators and if the lickquidator player himself will be able to control more than 1 lickquidator.

However there are some general ideas in categories;
Utility ideas such as automatic walking found in Guild Wars 1 where you press a button and you automatically move in a direction guided by your mouse as opposed to holding a button pressed at all times.
There’s following another player found in WoW and Runescape where your player character automatically follows a moving entity.
There’s teleportation systems found in any RPG.

There’s my idea of allowing gotchis to fly over or move while burrowed under parcels & walls to combat lodges walls that might create dead-ends.
There’s the idea of allowing specific gotchis with badges to teleport other gotchis to them and back to town as a warp service.
Or gotchis with specific badges that can create snow areas purely for fun or weirder areas like rainbow slime that rains jelly beans.

Then there’s mini-game ideas like racing, pvp arena, battleships, card games, obstacle course games, turret defense, pokemon, megaman battle network, stuff I found in other completely unrelated games and you have to be careful with the consistency of it; do they offer more streamlined xp and rewards than the normal games and dungeon raids?
Puzzle Pirates had a huge amount of puzzle games like Tetris that translated to something in the game. Even your items modified the combat puzzles in a way. It also had that interesting idea of 10-150 players all maintaining a ship together.
Runescape had a bunch of minigames with special items that you weren’t allowed to take out of the minigame.

I’m personally thinking of an ALIENS 4-like game with lickquidators experimenting on gotchis and said gotchis break out and cause havoc. It would be like a SCP, Lobotomy Corporation, Space Station 13 with multiple servers and it’s high risk high reward. Some minigame servers can work swimmingly for a whole month without any issues, while others have all hell breaking loose in 2 days and the lickquidators get liquidated, others have tell-tale signs that things aren’t going according to plan and have 10% of the laboratory infested, constantly trying to purify areas temporarily but not working and some abandon ship before it’s too late. Some might be insane enough to work with a 50% ghost infested area because of higher rewards which obviously they can lose immediately. The gotchis would not care, it would be like free money to them no matter if they lose or win (get experimented on or not), gotchis could create a clone to be able to play multiple mini-games which require months to progress in without having to dedicate all that time to just 1 roleplay mini-game.