Can design a pvp card game. 4 random combat environments, each of which can give an attack bonus to one of the attributes. The winner of the two-player battle gets xp, and the loser loses xp. Equipment and Intimacy give attack bonuses.I thought it would be fun and create a virtuous circle.

Four random environments, or more, make every attribute of combat players not betrayed.Basically enter the parameters, and by the end of the battle, the winner will be divided in about a few blocks.More time will be spent considering equipment collocation and attribute selection.

Of all the mini games… card games have th best chance of profits, as a card game lets you mint more NFTs, and it lets asset owners mint nfts, of their nfts.

Too brutal and doesn’t seems that it’s easy to find balance, since we’ve got random chances on taking gotchis out of portal + some of us spent lots on baazaar to get better things
only if we would try to go around some of the traits and classes and spells etc, but it’s seems like a giant, deepest dive in to the new meta for making something for one event, unless we keep it as one of Aarena options, but it must have do nothing with gotchis like gotchis itself, but the summoners as We Are, who hold the gotchis:

To pump ur idea - i see this:
Cards that u are able to use, will be depends on the gotchis avatar that u will take as a Warlocks, to be able to spell the cards, that u will get for this or another gotchi

The card it self will depend only on the specific gotchi traits, like a conditions, for example - Idiotism spell that make brain dmg (- to your brain trait) will depend on how low ur brain trait is, and only if u r near or under 0, it’ll be possible to cast + some conditions on the items u need to hold, like a farmer set, or whatever suits that card, really big field to play around…

As u see, this is really deep, and also a GREAT SPACE FOR ITEMS, but…

All of this brain play arounds is something that is on the community shoulders, again, we need more devs that would be interesten in the future aditional utilities of aavegotchi, and we are still really under radar as i feel.

p.s. We cannot and MUST NOT ask PC for every ideas that is popping up.
We should consider our own strengh and skill when we want to apply this or that idea, thinking that in hand we have this much of big brain(dev) or great hands(digital art) community members in… 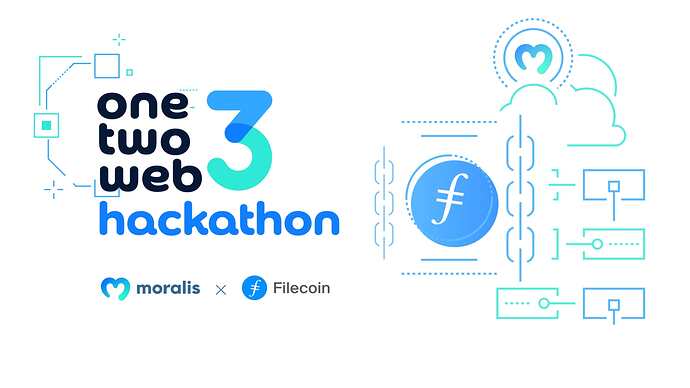 It isn’t hard, it’s just Web3. The 1, 2, Web3 Hackathon from Moralis, Filecoin and an assortment of sponsors is the best opportunity of 2022 to get into Web3!

So, there’s this hackathon that starts in 9 days. A small team could absolutely crush this with an Aavegotchi card game.

How can i help?
Not a dev, not an artist(not a pro)
Do i need to make a speach or to roll up the idea(write the script\mech of the vision)?
That’s all i can do by now.

Check the link out… moralis is easy peasy. There’s tons of tutorials and they will have webinars to teach you. This is a perfect opportunity for people to get their feet wet or for more established devs to get some funding for their ideas.

Got a project that’s going to be a bunch of work before it’s ready to ask DTF for help on? A hackathon is a great place to make that first push.