Normally I am against offering funds to self-made marketers on principle, but this time I’d like to do this as a first-time experiment to see the effects of a typical Twitter marketer on a large scale project like Aavegotchi.
The price is a measly 0.25 ETH so it’s not going to destroy our treasury. Of course this will impact any future Twitter marketing we have with such people and in the future we won’t be so lenient on giving out even 1k DAI to random marketers, in my opinion. If you have any suggestions for other better self-made marketers I’m all ears.
I offer to be held responsible for the small funds of 0.25 ETH on Polygon, unless somebody else like Moon, Gravy, CoderDan, etc. offers to do so instead of me.
I’d like this discussion to be held in 10 days or less and the core proposal to last as well just 10 days. 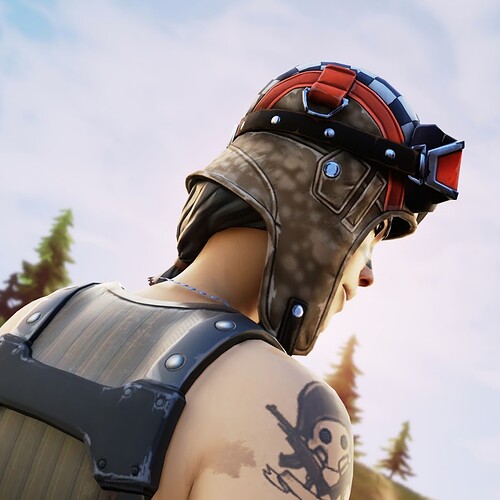 The youtube part doesn’t seem very crypto oriented though unless we look at the community tab rather than the video tab.

Pros: What seems like a decent amount of exposure on Twitter for a small price.
Cons: A lot of bots in disguise and 0 new buys on the baazaar. Less trustworthiness with Twitter advertisers.

Proposal:
Option 1: Accept Alqsy as 1 of our first Twitter advertisers.
Option 2: Suggest somebody else in the thread.
Option 3: Deny the proposal.

From my POV it could be interesting but too early. Few more fonctionnality and it will be much more attractive for player (non-builder) than now.

At the stage Aavegotchi is at, I would personally rather see us investing in our own people for marketing efforts rather than paying someone that’s unlikely to be involved in our ecosystem long term. I think it would also need to be someone who’s brand revolves around adjacent projects (i.e. Polygon, Chainlink, GameFi, etc) in order for something like this to make sense.

A question I would also pose: if the Ambassador program was active right now, would you still want to advocate for something like this? And if so, why?

This would be better to try timed with a major release, but
… how long does the shilling go on? It wouldn’t hurt if it lasted from somewhere between fake gotchi launch, went through the pvp, and was timed to end on the next release.

We already make marketing, so why this hate for paid ones?
DAO pays 10k for a boat, and can’t give 5k for an online marketing?

Who tells you the people that will see the ads will not be long term? I can’t say the opposite, but who knows if we don’t try?

I do think the DAO should be looking at these kinds of experiments as much as possible… But, in this particular case, how would we measure if this ‘experiment’ was successful at all ?

I think if/when we see early signs of another bull market starting up, it’s going to be a better bet…

I also think funding creative ppl from within the Aavegotchi community is better, if possible (in general).

Do you think this person is the best candidate?

IMO opinion if we were to do this it would have to be someone marketing to a player base similar to ours. Perhaps Minecraft/Clash of Clans communities

I can’t see ourselves Marketing to the Fortnite player base to be all that effective. Its a different kind of player

It is also important to note we get coverage from large defi channels such as Chico Crypto, Coin Bureau and the Defiant with great exposure to relevant communities. Perhaps we could also reach out to them. I feel our marketing would be more relevant there

The timing is a bit off on this one. I would wait at least for the Observer Avatars. Otherwise, you have a solid barrier to entering the GotchiVerse (go to Polygon, Bridge funds, Get GHST via Quickswap, Borrow a Gotchi, enter the Verse.).
Second, before any marketing campaign, the Key Performance Indicators (KPI) have to be defined to measure the success of the campaign. Eg, number of wallets, players in the Verse, number of Observers used, time spent in the Verse per wallet, CTR on a link, etc. Focus on max 3 KPI per campaign. Combine the campaign with further content/media assets to increase the effects over several months.
A fail-hard, fail-fast mentality without a campaign strategy and concept won’t be efficient.

Fail fast fail often , is how you do community dev work, not advertising. Advertising is more about stalking opportunities and pulling the trigger at perfect moment, on the perfect target. It’s like dating, with intent to marry… you don’t go on tinder…

Nope I don’t think we need to pay Flame to do this.

But I think is a good idea use the same amount of money on well planned Twitter Ads, also on Youtube.

So what are the opinions on using funds for ads on various websites?

My final decision is that we now have free advertisement through blockscan plus chat.blockscan.
The next problem is convincing people to read what you have to say and stick long enough to invest in your project.
I found myself playing a RNG card game which was pretty addictive just because there was a list of objectives and potential prizes which weren’t even worth much, but at least it gave your brain something to do just like Coingecko candy and Coinmarketcap diamonds. Something to check every day.
I still don’t trust said project one bit and made a second address to keep my main address safe neither do I plan on investing in it due to the fact it’s such an unpopular project only a few game test for. Neither do I plan on aavegotchi using the dev or the source code for their card game. It’s too sketchy.

It is like one person said on Discord, convincing investors is a lot like dating. In Shiba Inu’s case the lowest common denominator automatically assume they’ll make money because of previous conceptions and misconceptions. Between said lowest common denominator whales can also be found there because it’s not a misconception, you can make money by following the money, as shallow as it is.

Word of mouth is stronger by creating a loop of advertisement and marketing like Among Us, but you need that initial advertisement and an addictive subject matter for people to create marketing content surrounding it similar to Pokemon. Out of touch rappers and their community don’t count. Mr Beast and Pewdiepie are all the rage nowadays and even they struggle to make something specific popular. Among Us was a specific case due to its addictive tried and true Mafia game.

I believe that marketing is severely lacking in the gotchi business plan. That being said I also think its too early. I think its great to start talking about a marketing strategy but feel it should be released once the aarena is out.