Each Aavegotchi has a spirit force, but what about implementing “Souls” as Vitalik outlined in his recent paper? We could integrate Lens as an account level identity layer and begin issuing SBT’s or "Activity Scores” / “Fren Scores” to Souls to establish credibility, build trust, and incentive for positive behaviors and against negatives ones.

Could this potentially help with our Bot problem?

Might this also be a good basis for leader boards, profiles, etc.?

Could this be built upon to enhance our social experience within the gotchiverse?

Are there some interesting things this would unlock in terms of governance?

What does everyone think? Is there a way this could be commissioned through the DAO? Seems like it might be in PC’s purview, but I realize they have a lot on their plate.

Hmm well that does sound interesting but i do not know how i feel about requiring membership in an outside entity. If we made this a requirement, we would imo be making players doxx themselves to gain the ability to enter the gotchiverse much like Meta requiring a Facebook account. Don’t get me wrong, if we used Lens, Twitter or even Discord it would make this a lot easier but imo would go against the web3 ethos.

I like Lens for that precise reason, it is blockchain based. It’s the social graph protocol developed by the Aave team. No email is needed to create a profile.

I think it aligns near perfectly with Vitalik’s Souls definition. There needs to be a “Soul” that SBT’s can be attached to.

I think the “Activity Score” maybe better named “Fren Score” would accomplish the same end goal. The “Fren Score” could be calculated by the accumulation of Soul Bound Tokens (SBT’s)

We already use Discord for the purpose of undoing incorrect bot flagging, and that is pure Dox/ Web2

I think it’s an interesting idea, but it’s essentially another way of gatekeeping the Gotchiverse, and one that is relying on a platform in its inception (Lens).

From what I’ve seen so far on Lens, it’s easy to create an account and spam random messages. And since everything is onchain, there’s nothing they can do about it. (See screenshot) 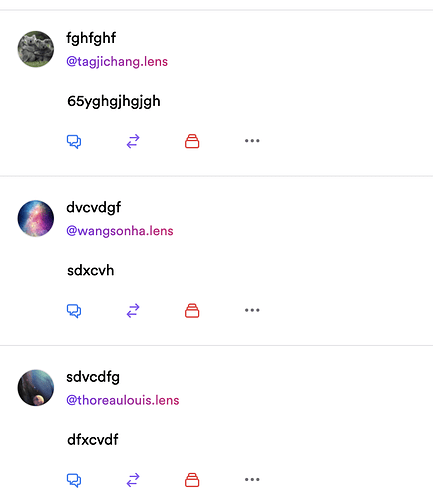 Lens is a great concept, but I believe it’s too early for us to be relying on their platform as a gatekeeping mechanic for the Gotchiverse.

Edit: added link to Gotchigang community on Lens where you can see the spam yourself. 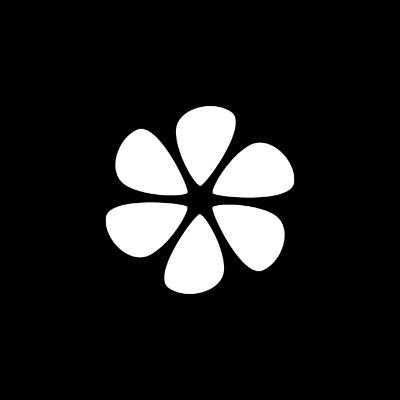 Fair point. It’s definitely imperfect at this stage. Since it is a primitive is it something we could build upon more easily then creating our own? I guess my thought was that transitioning or incorporating a wallet based identity system could help fight bots, especially if it was pair with another layer of “credentials”/ SBT’s

It is a type of gate keeping, but my thought is that it would be a gate keeping procedure that would be more easily automated and still allow for new users to join freely. If crafted wisely it could also potentially be used as an incentive mechanism.

Maybe you are already doing this in some way to help with detecting bots, but would implementing a “Fren Score” help with the bot issue?

Proposed “Fren Score” could include:

Yes, multiple accounts could be created with Bots, but if we implemented a type of scoring system paired to each account that could increase or decrease based on behavior could that serve as another layer of defense and make identifying and penalizing bots/ bad actors easier? This would also mean some type of tier access level, I don’t know the complexity that this would add.

Most of these are retroactive metrics, meaning they don’t exist when someone new comes into our ecosystem to play the game.

A lot of them have 0 onchain history, have never used Discord, and are new to the blockchain space as a whole. That’s why it’s very difficult to distinguish them from players who are just botting.

Forcing someone to become active on Lens, a platform with no anti-spam measures in its current state, wouldn’t be very productive IMO.

The idea behind Cartridges was to start routing these newbie players through Guilds that have more bandwidth than Pixelcraft to audit what kind of players we’re letting in. Many hands make light work, as someone said in another thread.

Ah, ok. Retroactive doesn’t help address the issue of 0 history accounts, vetting from 0 does seem to be something that is best accomplished by more 1:1 vetting/ leveraging Guilds. Makes sense. Thank you for the insight.

What about the https://governordao.org/ Which was introduced I think it was at a weekly hangout. Could that work for identity + bot management purposes? Also 1 vote 1 gotchi votes that could happen eh?

Technically it wouldn’t be Aavegotchi Souls, it would be player souls. Ranking a wallet address with certain in game actions and penalizing that score with association with bot players. So then you could allow lenders to require a certain score for the wallet address. So new accounts would have little to none, and human players would have to pay like $10 to get up to a score that doesn’t price gouge them. So slightly raising the barrier to entry. Perhaps if someone is verifiable in some way then they can get a free coupon.

Web 3.0 solutions to verification, XYO for location verification, biometrics with a metamask wallet (I believe this is the near future solution for bots, but also I think bots will find a way through).

Also there should be a question of can Aavegotchi seize the assets of bot players? Or is it permaban? Or are their assets burned to benefit all those who stake Aave-centric tokens? Obviously a bot account would have a main account and other new accounts with little history. If multiple accounts are found to be bots, and they’re connected to a main account, would it be ethically justifiable to seize the assets of all of those accounts if it can be proven? Might be difficult to tell if they trade with other people though, then other people would be mistakenly held liable.

Souls are great for the consideration of e-sports when players have a decent score, but there is the possibility of these scores being used for gambling on gladiators.

In all honesty I think biometrics would handle bots, and something like this, ranking people based on score, it might lead to having elitism in Aavegotchi.